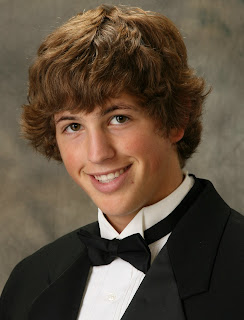 RED OAK - Northern Nash senior Casey Bissette has agreed to an offer to attend Div. II Ashland University in Ohio as a punter/kicker for the nationally-ranked Eagle squad.
Bissette was a four-year year varsity soccer player as was considered to be one of the best goalies in school history. This past year, Bissette set school records as a goalie for most shutouts in a season, most consecutive shutouts and fewest goals allowed in a season.
In his senior year, Bissette decided to play football along with soccer in the same season. He soon showed his talent for kicking and punting and began attending national competitions and camps.
He was ranked 23rd in the nation with former Oakland Raider Ray Guy of Ray Guy Kicking and fourth in the southeast region. He soon began training with former Atlanta Falcon player Jimmy Rafter with Rafter Pro Training out of Atlanta, Ga. From there, he continued to consistently place in national competitions which earned him looks and offers from numerous colleges from Div-IA to Div. III levels.

Bissette felt Ashland had the best fit. The Eagles have an impressive football history with 16 championships, over 400 wins and over 100 All-Americans since their program began. The Eagles have participated in the NCAA Div. II National Playoffs in 2007 and 2008, and in 2008 were only one win away from making it to the championship game. National polls have Ashland ranked 14th in the nation for preseason.

Besides an outstanding football program, Bissette also chose Ashland based on its academic excellence. Bissette was also awarded the Provost's Scholarship from Ashland University for his academic achievements. He plans to major in pre-med. Ashland has a 99 percent success rate in graduating pre-med students with their first choice in medical internships.

Bissette is due to report to football camp Aug. 1.
Posted by Charles Alston No comments: