Being a lifelong Washington Redskins fan, it's normally pretty hard for me to sing the praises of any Dallas Cowboy. 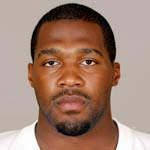 And I'm not today, but I will recognize that former RMHS three-sport athlete Terrell Hudgins got some primetime action in Sunday night's NFL Hall of Fame Game pitting the Cowboys and the Cincinnati Bengals.

Ranked real low on the Cowboys' depth chart at wide receiver, Hudgins caught two passes for 17 yards, including a 12-yarder for a first down.

For someone that low down the totem poll, you have to make plays when given the opportunity to do so.

Hudgins did that, especially on his diving grab on his first reception.

Good on ya' Terrell - and I hope you get many more opportunities to show the Cowboys your wares.

And since he was in the same stadium as the man whose all-time college receiving records he broke (NFL Hall of Fame inductee Jerry Rice), I will have to find out if he got to meet him.

Earlier this year, Hall of Fame QB Steve Young gave Hudgins a ball signed by Rice after he broke several of Rice's NCAA career receiving records. I'm sure he would have liked to thank Rice in person this past weekend for his gesture.