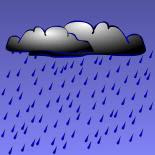 For the second time, Rocky Mount's baseball team had its home contest with Big East Conference rival Wilson Fike rained out Tuesday evening. And with it, Fike players with have to wait one more day before they can start their spring break.
The game has been moved to 5 p.m. Wednesday at Gryphon Stadium. But the two teams still aren't guaranteed they will get clear skies for the rescheduled contest. The JV contest between the two has been canceled.
Rain had struck twice earlier in the day Tuesday, but the Gryphon coaches had worked hard to get the field into playing shape only to have a line of showers pass through the area around 6:30 p.m. that was too heavy to cope with.
The original game was scheduled to be played on Friday, April 1.

RMHS senior pitcher Benton Moss (6-1 in 2011, 29-3 career) is slated to take the hill for the Gryphons. He will be going for his 30th career victory and it will tie him with former Northern Nash standout Tyler Joyner (30-7) for the most wins ever by a Twin Counties high school hurler.
Northern Nash's home game with Nash Central was also rained out and that game has been moved to Wednesday at 7.
Posted by Charles Alston No comments: