Virgil to start for the Hokies

I ran into Richard Virgil, father of former Gryphon football standout Stephan Virgil, recently and he told me that his son Stephan will be starting at cornerback for Virginia Tech this fall.
And guess who he'll start against - the East Carolina Pirates in Charlotte at Bank of America Stadium on Saturday, Aug. 30. Kickoff is at noon.
The younger Virgil is now 5-11, 186 pounds as he enters his junior season.
Richard and Sandra, his mom, have their travel plans all set. These guys don't miss a game. In addition to their six trips to Lane Stadium in Blacksburg, the Virgils will hit the road to Charlotte, Chapel Hill (UNC), Lincoln, Ne. (Nebraska), Chesnut Hill, Mass. (Boston College), Tallahassee, Fl. (Florida State) and Miami (U of Miami).

Another local Hokie may get to hit the field for the very first time this season.

The 6-foot, 271-pound freshman will be in competition for playing time this season. He'll wear the number "93".

According to HokieSports.com, Battle is a promising young player and is expected to be in the battle for playing time. 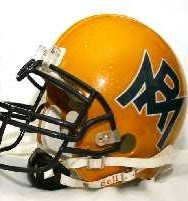 Check out the WDT 2008 Football Tabloid

Goodwin has solid effort in Chicago 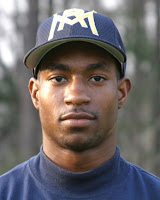 Perhaps asking for another MVP performance might have been too much to ask from Brian Goodwin.
But then again, perhaps not.

Goodwin, again, made his presence known on a national stage as he played in the Under Armour High School All-American Baseball Game Sunday afternoon at Chicago's Wrigley Field.

The 36 high school All-Americans flown into Chicago were split into two teams: Baseball Factory and Team One. As as starter in right field for Baseball Factory, he went 2-for-4, stole two bases and scored a run as his squad staved off a late Team One rally for a 5-4 win.

Goodwin went a combined 4-for-8, with three stolen bases, two runs scored and two RBI in his travels to Los Angeles and Chicago the past two weeks - plus two All-Star victories.

Now he'll trade in his bat and glove for a helmet and pads as he joins the Gryphons on the football field - where he'll electrify all of us even more with incredible kickoff and punt returns.

Expect him in the lineup by Game 3 of the season - a road contest at Northern Vance.