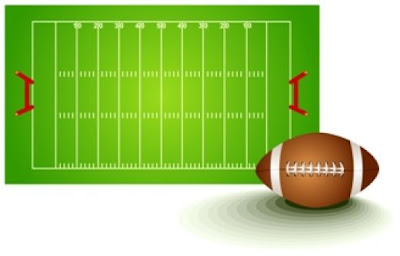 Roman Kelley, son of former Rocky Mount head football coach George Kelley, has now followed in his dad's footsteps and become a high school head coach.
Kelley, a 1997 RMHS grad, is the new head football coach at South Brunswick High in Southport. He was hired last week, one of 55 applicants for the job. He'll replace Gordon Walters, who took a very lucrative head coaching job in South Carolina.
Kelley didn't begin his life after college seeking a career in coaching. He started out in the business world, but a friend wanted him to help him coach at South Granville as a volunteer. He started there and was hooked.
He later took an assistant position at Topsail and later at South Brunswick, where there they found their new man right under their noses. By the way, he managed to find time to get married after he took the Topsail position.
Ironically, his dad George is the principal at West Brunswick. I wonder which side of the field mom Doris will be sitting on when the two schools meet this fall?
Kelley had a solid career as QB for the Gryphons. His career stats: 142-for-327 for 2,110 yards. He threw 27 touchdowns, but hurled 24 interceptions while under center in 1995 and 1996.
Posted by Charles Alston No comments: