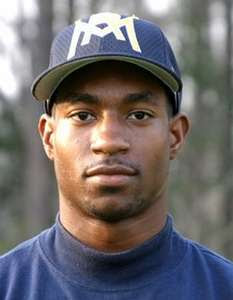 It was a given that senior Brian Goodwin was going to set several RMHS baseball records as he proceeds through his senior season.

Three games in, Goodwin hasn't broken any quite yet, but he did reach a milestone Tuesday in the Gryphons' 5-4 home loss to J.H. Rose.

His bunt single in the ninth inning was the 100th hit of his RMHS career. He trails only Adam Weaver (121) in total career hits in RMHS history.

Goodwin needs just two doubles to take that RMHS career record away from Jeremy Ward and Weaver. Both currently share it at 27, while Goodwin sits at 26.