Gryphons to play in seventh place game of the JCEI 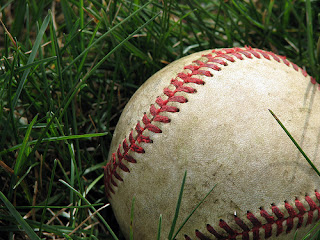 FOUR OAKS - For the first time since 2001, Rocky Mount will be playing in a seventh place game of an Easter baseball tournament.
The Gryphons, playing two games on the same day for only the sixth time in school history, didn't have things go their way in their first contests at Bruce Coats Field in the annual Johnston County Easter Invitiational. They lost their opener 16-4 to West Johnston Monday morning and 10-6 to Harnett Central in their loser's bracket game that afternoon.
Storms in the area Saturday forced tournament officials to add two of its unplayed games to Monday's schedule.

Rocky Mount hopes to salvage one win Tuesday at 12 noon when it will send senior Benton Moss to the mound against winless Cleveland High, a new high school located just south of Wendell in Johnston County. Cleveland fell 12-0 to Harnett Central Monday to drop to the seventh place game.

Moss (5-1 in 2011, 28-3 in his career) will be going for the school record of 29 pitching wins - a mark he currently shares with former Gryphon hurler Jim Leggett. He has won his last five starts and struck out 51 batters in his last three outings.