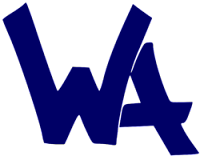 For the first time since 2001, Wilson Hunt claimed a football victory over Rocky Mount. Not since the Warriors' 24-0 win in Wilson that year have the Gryphons tasted defeat to the boys from Rock Ridge.

It's also ironic that a couple of teams, with Warriors as a mascot, have posted wins over the Gryphons with both scoring two defensive touchdowns - the last two times that feat has occured.
Hunt did the deed Friday as Tyrell Applewhite returned a fumble 51 yards for a score, and Tyrell Vinson ran back an interception 72 yards for a TD.
On Nov. 30, 2007, another bunch of Warriors - Western Alamance, did the same thing in their 50-36 win over the Gryphons in the NCHSAA 3-A East semifinals in Elon. Ryan Blair returned a Chris Berry fumble 32 yards to open the scoring in the game.
As RM was trying to rally late in the contest down a touchdown, Berry got picked off by Levon Curtis and he raced 60 yards for the game's final score.
Not a nice memory for me on one of the chilliest Friday nights I have ever experienced.
RMHS, despite the loss Friday, is not dead in the race for the Big East title. But it will have to have a little help from its friends - namely Southern Nash. If RM wins out (including beating league co-leader Southern Nash), then the Gryphons will have to have Southern beat Hunt to possibly create a three-tie for the title.
It's going to be an interesting last three weeks to the regular season. 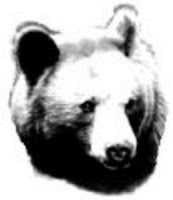 HERTFORD COUNTY: My good friend Gattis Hodges, the radio voice of the Hertford County football porgram, passed along an interesting stat to me Sunday. You guys remember HCHS handed RMHS a 42-21 loss earlier this season.
The Bears, who are 9-0 and rolling along to a possibe No. 1 3-A seed in the East, slammed Pasquotank 61-0 Friday night. In the process, they may have set a record that the NCHSAA doesn't currently have listed in its football record book.

They picked off four passes and returned all four for touchdowns! Doesn't it sound unbelievable?

The Bears forced Pasquotank into eight total turnovers on the night.

It may be a defensive category Rick Strunk and guys in Chapel Hill might have to now create!

They may be force to reckoned with in the 2-A East bracket come playoff time. They have comfortably moved from the 1-A ranks and have posted a 7-1 overall record so far this season. The Warriors (a third set of them, no less - earlier tidbit) had their only loss come in a 27-21 overtime defeat to fellow Northern Carolina Conference member Roanoke Rapids.

Quite a recovery after losing two running backs to graduation that combined for 11,000 total rushing yards and the cloud of a sex scandal involving their former head coach.

Speaking of RoRap, former Northern Nash assistant Russell Weinstein is now in his second season with the Yellow Jackets. After a shaky start. Weinstein's group could win the league title if it can finish the season with wins over North Johnston and Northwest Halifax. They are 6-3 overall, 4-0 in the conference.

Weinstein has some Nash County help with him as former NN coach Al Carter is assisting him this season. And to complete the move from Nash County, former Red Oak Middle School AD and football coach Chad Thompson is now an assistant principal at Roanoke Rapids.