Brush with greatness from the sidelines

When Baylor's Robert Griffin III was announced as the Heisman Trophy winner last Saturday evening, my thoughts went to another college player - former Rocky Mount offensive lineman Whit Barnes.
Back in 2009, his redshirt year at Wake Forest, Barnes watched from the sidelines when the Bears came to WInston-Salem to open that season. Thanks to Griffin III's abilities, the Bears were able to leave Forsyth County with a victory.
The next week, Stanford and then-redshirt freshman and two-time Heisman runner-up Andrew Luck came to town and the Demon Deacons were able to get the victory.
The following season, Barnes and his Wake teammates went west to Palo Alto and Luck did a number on this bunch of Baptist boys.
I asked Whit recently of his thoughts of these two great quarterbacks, who ironically, both call Houston, Tx home.
"When I saw RG III play, I didn't know just how outstanding of a player he was," said Barnes, whose team will be playing in the Franklin American Mortgage Music City Bowl in Nashville later this month, "but I did know that he was dangerous and that it was going to be tough containing his dynamic style of play.
"As for Luck, there was one play that really stood out in my mind," he said.
"I think it was early in the second quarter, before Stanford began to pull away from us. Luck was standing in the pocket going through all of his progressions and he decided to tuck the ball and take it down field himself. I remember thinking to myself that he looked way too big to be running that fast and juking our defensive backs.
"But needless to say, Stanford gave us some payback the year after Luck and the Cardinal lost to us in Winston."

I know Barnes is very glad he plays on the same side of the ball as these guys!
Posted by Charles Alston No comments: 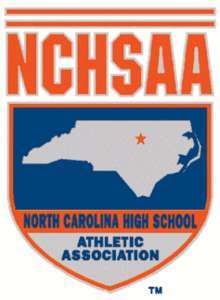 Thanks to league titles in football and men’s soccer, Wilson Hunt has the lead in the Wells Fargo Cup standings for the Big East 3-A Conference at the conclusion of the 2011 fall sports season.

The Warriors, with 65.5 points, currently hold a three-point edge over second place Nash Central as Hunt finished in a tie for second with Rocky Mount in women’s tennis.

A championship in women’s tennis and second-place ledgers in football and men’s and women’s cross-country bolstered Nash Central to 62.5 points.

Rocky Mount, with a championship in boys cross country and a second-place finish in volleyball, is in third place with 59.5, followed by Wilson Fike (58.5), Southern Nash (56) and Northern Nash (50).
Posted by Charles Alston No comments: