Tyler has great day in loss 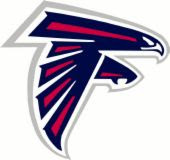 Jason Tyler continued to pile up the passing yards for West Hills Community College (Ca.) last Saturday, but his Falcons lost a heartbreaking 29-28 decision to College of the Sequoias last Friday.
The former Gryphon signal caller was 36 for 67 for 422 yards and three touchdowns, but it wasn't enough as West Hills' kicker missed a field goal in the final seconds that would given it the victory.
Tyler will conclude his freshman season as quarterback Saturday when West Hills hosts Delta College.
Posted by Charles Alston 1 comment: