Despite having only the minimum nine players in attendance, Rocky Mount used a seven-run second inning to give it a comfortable lead early.

Many of the Rocky Mount players played at Edwards Middle School last season and will be on the JV squad at Rocky Mount High next spring.

After the game, the Nash County 14-U All-Star team was announced. Yes, the same age group of kids that have had so much success for Nash County this decade. The team begins district play next week in Greenville.

Waiting on a football coach 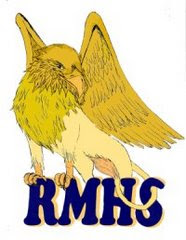 The Nash-Rocky Mount Board of Education met Monday evening with a lot of issues on its plate.
One was to have been the voting on the hiring of Rocky Mount's new head football coach.
But many other personnel matters during these tough economic times, including the shuffling of principals and assistant principals and the resignation of longtime board member Richard Horner, took precendent on the evening.
So, an approval was not forthcoming for the Gryphons' new head man - at least not Monday evening.
And we will have to wait a few more days at least before the school's selection becomes official!

- Also, there is no word on who will fill the shoes of Michael Mosley, who recently retired as head boys basketball coach and athletic director at Nash Central High.

The skinny out there is that those positions will be split and given to two individuals. But which two, Lord only knows. I'll let you know when I find out.

Wilson Fike's Jeremy Atkinson will be signing this week with hometown Barton College, a Div II school, but he had hopes of latching on with a Div. I team. The 6-3 guard, a three-sport athlete for Fike (football, basketball, tennis) scored 2,001 points for the Golden Demons.

Nash Central guard Trey Sumler reportedly will be headed to Western Carolina to continue his hoop career. The No. 2 guard poured in 1,921 points for the Bulldogs.

Of course, the NEW 6 Conference is no more. The name for the league is now the Big East 3-A Conference - beginning with play this fall.