Get your baseball fix during Easter break! 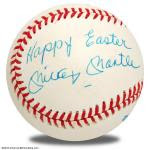 If you don't plan to go to the beach or head out of state during the Easter break, how about taking in an Easter baseball tournament.
Below are schedules of what is going on with high schools teams in both Nash and Edgecombe Counties, along with the Big East Conference members in Wilson County.

Teams will be participating in events in Tarboro, Louisburg, Four Oaks, Kinston and Columbia, S.C.

After taking titles in boys and girls basketball this past winter, Rocky Mount remains in first place in the Big East 3-A Conference race for the Wachovia Conference Cup.

Wachovia Bank, along with the North Carolina High School Athletic Association, announced Monday the standings for winter sports in the Wachovia Conference Cup competitions for the 2009-10 academic year.

The Conference Cup is awarded to schools with the best overall interscholastic athletic performance in each individual conference.

Nash Central, which was fourth after the fall season, vaulted past Wilson Hunt into third place in the standings with 94.5 points thanks to a second-place finish in men's swimming and third-place finishes in wrestling and boys basketball.

Wilson Hunt has 91.5 points for fourth place, followed by Northern Nash (81 points) and Southern Nash (76 points). The Wachovia Conference Cup will be awarded to the winning school at the conclusion of the spring sports season.