The Rocky Mount Coleman-Pitt Post 58 Senior American Legion baseball team will be holding its tryouts at N.C. Wesleyan College's Bauer Field on Saturday, May 14 and Sunday, May 15 at 3:00 p.m.
It will be a Pro-Day style tryout - timed 60, fielding and throws from infield and outfield. Pitchers will throw and all will hit. Players need to bring their own gloves and bats and catchers' gear for catchers.
Players will not have aged out of participation as long they have turned 19 on or after Jan. 1, 2011.

Hank Jones enters his second season as head coach as Post 58 attempts to reach the state tournament for the third straight year.

Look for Post 58's playing schedule right here as soon as it's finalized.
Posted by Charles Alston No comments: 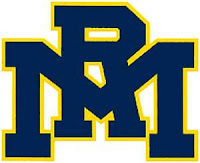 Rocky Mount's home baseball game with Wilson Fike, set back twice due to rain, was put off yet again by the wet stuff Wednesday afternoon.

The Gryphons will finally get to entertain the Golden Demons on Monday, May 9 - after RMHS' scheduled season-ending contest at Wilson Hunt.

With that cancellation, Rocky Mount will go two weeks between games. The Gryphons last hit the field on Tuesday, April 19 versus Cleveland High in the final day of the Johnston County Easter Invitational.

Rocky Mount will end the reguar season with four games in seven days. It will travel to Southern Nash Tuesday evening, entertain Northern Nash on Thursday night and play at Hunt (3 p.m.) Saturday - along with the Fike makeup!

We're now not sure if the Northern Nash or Fike contest will serve as Senior Night for graduating spring sports athletes. We will let you know.
Posted by Charles Alston No comments: